Is Arson a Felony?

Under the California Penal Code statutes that concern arson, a charge of arson against a person is initially decided on what that person’s intent was. The charge of arson as a felony is based on whether he or she, willfully or maliciously, set a fire that burned a structure, property such as a house, car, or boat, or burned a forest. This will decide if the arson is a felony or misdemeanor.

In some situations, it may be a case of “reckless burning,” such as dropping a cigarette and not putting it out properly, according to California’s Penal Code 452. Burning cigarette embers, in a dry environment, such as on a carpet or outdoors in a dry wooded area, catch fire and cause damages. If someone dies in a house, or a firefighter dies while trying to put out that fire in a wooded area, then the charge will change to the “felony-murder rule” under Penal Code 451.

An upgraded charge of aggravated arson can be applied to the above circumstances if that same person also has an earlier conviction of arson within 10 years to the current date of charge, or if the damages and losses from a fire exceed $6.5 million. 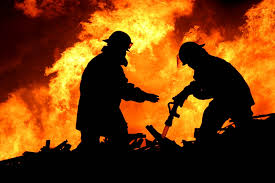 Let us look at the current layout of different charges of arson, whether it is a felony or not, and the typical penalty applied if a charged person is convicted.

Other defenses against the charge of arson are: