What Does Entrapment by Drugs Mean in California?

Entrapment means to coerce someone into doing something that they ordinarily would not do. An opportunity to buy drugs, to obtain sex for money, or another type of crime, is presented to a person who initially rejects it. That target person may be badgered further to buy drugs, for example, or to get drugs for another person who needs it desperately to manage pain issues.

Johnny Cale and Bob Johnson (not their real names) were close friends during childhood, so Johnny also knew Bob’s family as he practically lived at Bob’s house during his spare time from school and work. Johnny was a good kid, but Bob had a dark streak that led him into precarious ventures from time to time.

What Johnny did not know was that Bob had been caught with marijuana by the local police at one point, and then turned to act as a “snitch” for the police in exchange for not going to jail. Bob also had a mother who had recently been diagnosed with breast cancer, and she suffered from pain on a regular basis. 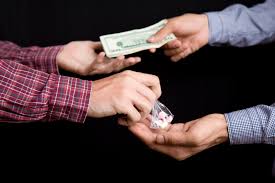 One day, Bob approached Johnny with his need to find some marijuana that he could buy to help his mother’s pain. Bob asked Johnny to find someone who could sell him the amount of grass he needed, one pound’s worth, but Johnny refused, mainly because he did not want to associate with those types of people who sold and distributed drugs.

Over the next three days, Bob continued to beg Johnny for help for his ailing mother until, finally, Johnny gave in and told Bob he would try to locate someone for Bob so that he could help Bob’s mother feel better at the very least.

Johnny found someone, one of their old high school classmates, Andy, who was into dealing marijuana in a close-by neighborhood. Johnny arranged with Andy to meet up with both Bob and Johnny at an abandoned train station at the end of town.

But when they got there and met Andy, who gave Bob a baggie of one pound of marijuana, suddenly they were surrounded by police. All three were taken to jail and put into separate cells. Puzzled, Johnny called a criminal defense lawyer he knew to come down and help him at the station. The lawyer told Johnny that Bob had set the whole thing up with the police and Johnny was furious.

The lawyer talked with the police and Johnny, who did not have a criminal record, was released. After meeting with the judge a few days later, the case against Johnny was thrown out, using the entrapment defense. Bob was also let out, for obvious reasons, as he was a snitch.

Andy, however, would spend about six months in county jail, along with a fine of $500. Andy did not have a license to sell marijuana, so he was charged under the Health and Safety Code 11359 HSC. Johnny, in anger over the set-up and betrayal, never spoke to Bob again. Johnny did make sure that everyone in the neighborhood knew what Bob was, and Bob had to finally move away from the area.

If you have been falsely charged with selling or procuring marijuana in a case of entrapment, call us at once for a consultation. 619-234-2300