When Are California Campfires Considered a Case of Arson?

California Penal Code 452 covers crimes of arson, such as when a fire is accidentally or recklessly started and burns a portion of one’s own property. When other people’s property, buildings, forest lands, including injury or death, are caused by fire, it is then classified as a felony case of arson. This is covered under California Penal Codes 451, 451.1, and 451.5.

As of 2/11/19, due to the recent snow and rain events, a reduction in fire restrictions are currently effective, such as at Los Padres National Forest. Campfires are allowed in all areas, although a California Campfire Permit is required when building one outside of regular designated sections. 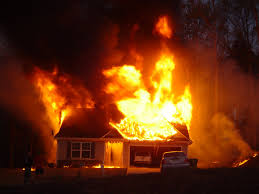 A land management prescribed burn is also planned for sections of Los Padres National Forest.  Always check ahead of time to know what parts of this national forest are available to you for your enjoyment. Even while fire restrictions are reduced, it is important to remain vigilant in how you set up campfires anywhere you go, even on your own property.

When a Home Campfire Nearly Went Wrong: A Scenario

Two young brothers, James and Jonathon Bings, decided they wanted to spend time outdoors trekking on the family land, which had about 45 acres connected to the main house. The boys enjoyed being outside and, as it was a sunny cool day though, they began their hike around 10 a.m., heading for nearby hills on the property.

They reached the first hill around noon and decided they were going to build a small campfire and roast the hotdogs they brought with them, along with buns and all the condiments they needed. They could rest up after eating, then trek a little further on, before turning back to head home.

They found a good spot where there would not be too much wind to interfere with cooking the hotdogs. The area had (they thought) enough space where trees and brush could not catch fire from any sparks. They dug out a shallow dip and placed their small twigs and paper they had to start the fire. They also circled the dip with any stones that would keep the fire contained within the dip.

All went well. They cooked the hotdogs and ate quite enough that they both got a bit tired. As the fire had already gone down considerably, they laid back for a short nap. James set his phone to go off after an hour. Both boys laid back and promptly dozed off.

While they were sleeping, the wind picked up at a rather quick pace and sparks began to fly out of the campfire. The phone went off, luckily, and as the boys sat up, they realized that sparks were flying loose in the wind, heading towards nearby bushes.

The boys frantically dug out all the water they had, as well as using the dirt they dug up, and more, to snuff out the fire as fast as possible. They finally got the job done and both let out a sigh of relief. They learned a lesson that day. Never leave any fire unattended. Always put it out before taking a nap or going to sleep at night, if camping out overnight.

If the area had caught fire, the most the boys would have been charged with was a misdemeanor, if anything at all. Their father might have placed a harsher punishment on them, so they decided not to tell him. If someone had been hurt or killed while trying to put out the fire as it spread outwards, then it might have been a different outcome altogether.