Funny Cases in the Courtroom

The Case Against Satan

Sometimes, life just does not go right for you. You might even wonder if the devil, also known as Lucifer or Satan, has managed to deceive and steer you wrong in how to live your life. One frustrated man, in 1971, took matters into his own hands and filed a civil suit against Satan.

Gerald Mayo filed suit against Satan and his staff because Mayo claimed Satan and his associates had placed numerous obstacles along his life’s pathway, which ultimately brought about Mayo’s downfall. Therefore, Satan had violated Mayo’s civil and constitutional rights. As Mayo was in financial distress, he also filed the case in forma pauperis, meaning he did not have the funds to pay the court costs.

When the case was brought before the court, District Court Judge Gerald J. Weber, immediately seeing some obvious problems, responded accordingly with the following outcome. 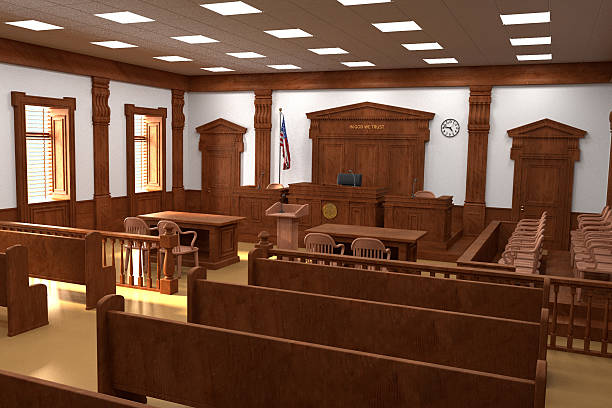 The plaintiff may have had a valid complaint but could not show in his complaint how the court could proceed with a cause of action that would bring Satan to court to face the charges. This also led to whether the court had jurisdiction over the case.

Therefore, the court saw there was no effective way for the plaintiff to find relief. The arguments presented in support of this decision by the court and Judge Weber were the following points:

When There is a Ghost in the House You Bought

In Stambovsky v. Ackley, 169 A.D.2nd 254 (NY App. Div. 1991), the plaintiff, Stambovsky, filed to have a contract on a house rescinded because he found out there was a ghost that came with it. The plaintiff argued that now knowing the house had a reputation of being haunted, the house lost value and would be hard to sell again. In the first trial, the court was unable to find a lawful remedy, so dismissed the action.

In an appeal and second trial, the court modified the original judgment, stating that there was a remedy found in equity, in that there was no way the plaintiff, who was from out of town, could have determined there was a ghost in the house on his own before signing the contract. The court stated that when a seller creates a certain condition regarding the house but is something undiscoverable by the seller even through due diligence, such as a typical house examination by a professional third party, then the buyer can rescind the contract.

While the court also stated that there was no actionable fraud committed by the seller’s silence, the buyer could still get his money back and move on. This case is also known occasionally as the “Ghostbusters” ruling.