A conviction for kidnapping in California carries serious legal penalties, which could include life imprisonment.

Kidnapping is frequently a charged used by the State’s Attorney along with other charges. The State’s Attorney will seek very serious criminal penalties for those charged with such crimes. If facing kidnapping charges in California, it is vital to have experienced, effective legal representation from the Law Offices of Kerry L. Armstrong. Our attorneys will advocate for you through every step of the process and will pursue every option available. 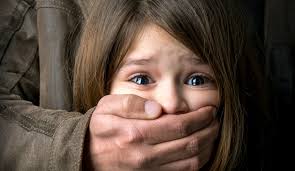 Under California criminal statutes, kidnapping is defined as moving a victim a substantial distance, without that person’s consent, using coercion or force.

Even though the definition of kidnapping includes transporting the victim from one place to another, it is possible for someone to be convicted of kidnapping for detaining a victim against their will.

Kidnapping statistics by year for California and nationwide can be misleading and the real number of such crimes is only an estimate. This is because the crime of kidnapping is not separately recorded by the U.S. Justice Department’s Uniform Crime Report.

As recently as 2010, the National Crime Information Center listed 65,000 missing persons over the age of 21. This figure does not include parental kidnapping. From 1976 to 1984 the number of cases of parental kidnapping rose from 60,000 to 751,000. According to the National Center for Missing and Exploited Children, about 800,000 persons are reported missing every year. That’s more than 2,000 missing persons a day.

Conviction on kidnapping charges in California calls for prison time of up to 10 years in prison, and those penalties can increase based on the circumstances, such as the age of the kidnapping victim or sexual assault. If a weapon is used in a kidnapping crime, and there is extortion involved, such as a ransom, the criminal sentence could be as high as life in prison, and no less than 20 years.

Also, it can be difficult for a defendant in a California kidnapping case to get released from custody and State’s Attorneys are known to seek very high bail for defendants seeking release from jail before trial.

It is important to have the right legal defense team on your side when facing kidnapping charges in California. Skilled, experienced defense attorneys like the Law Offices of Kerry L. Armstrong can find ways to attack the state’s charges and defend your rights. Sometimes kidnapping charges are the result of misunderstandings or other vague circumstances. A typical example is when a divorced parent claims that the other parent kidnapped the children because they are late returning from visitation. An aggressive and effective defense attorney can fight these charges, so those accused of kidnapping should consult such an attorney without delay.

Get the Best San Diego Defense Attorneys on Your Side

Kidnapping charges are very serious and the penalties are severe. It’s important to have the right San Diego defense attorneys by your side when facing such charges. The Law Offices of Kerry L. Armstrong have a proven track record of aggressive and successful defense of persons accused of kidnapping charges in California.