Misdemeanors and Felonies: What’s the Difference?

As noted above, felonies are more serious offenses than misdemeanors, and their potential consequences reflect this fact. Felonies in California are punishable by, at a minimum, one year in state prison. However, certain extreme felony crimes are punishable by life imprisonment or the death penalty. And while many states have fixed punishments for specific felony crimes, California felony sentences are chosen on a case-by-case basis based on statutory sentencing guidelines. 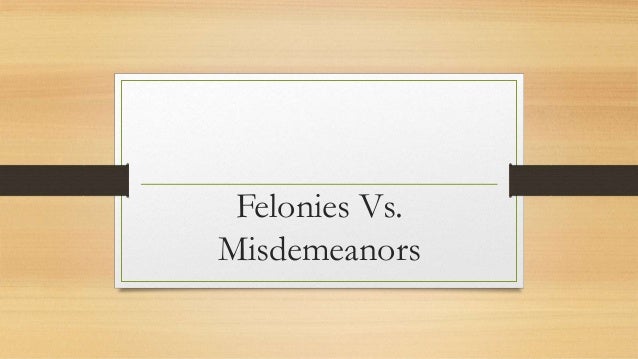 In California, certain serious felony offenses result in a strike on the offending individual’s record. Under California’s three strikes law, when a person is convicted of a second serious felony, he or she faces double the sentence for the second felony and is required to serve at least 80 percent of his or her sentence before being eligible for release. And if a person is convicted of a third serious felony, he or she faces a possible sentence of 25 years to life in prison without the possibility of parole.

Due to the potential consequences involved, it is important that anyone charged with a misdemeanor or felony in San Diego, California, seek the guidance of an experienced criminal defense attorney. At the Law Offices of Kerry L. Armstrong, our experienced criminal defense attorneys provide all of our clients with expert legal guidance in order to achieve the most favorable results possible in both misdemeanor and felony cases. The talent and experience of our San Diego, California, attorneys ensure that our clients’ misdemeanor and felony cases are handled expertly and with the utmost care. If you or a loved one is facing misdemeanor or felony charges in California, please contact us immediately for a free consultation.