The Death Penalty in California: A Brief History

The death penalty, also known as capital punishment, has always been in place since 1778, except for a few short months in 1972. In a 1972 California Supreme Court decision in People v. Anderson, the California death penalty statute was overturned, deeming it as unconstitutional.

A few months later in November of 1972, that ruling was overturned by the people of California in Proposition 17 after the original death penalty statute was amended, that essentially voided the court’s People v. Anderson decision. 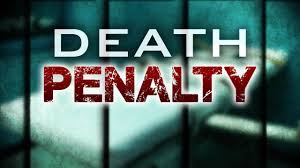 How Many People Have Been Executed in California?

Since the very first recorded execution in 1778, there have been 709 executions up to 1972. After the People v. Anderson ruling was overturned, 13 more executions have taken place, starting first in 1992, with the last execution occurring in January of 2006. In the early days of California, before California became a state, the death penalty was carried out first by firing squad. After statehood, executions were conducted by hanging. In the 20th century, California, like most other states, turned to the lethal injection method of execution.

Since the year 2000, California’s death row count has grown by 28 percent, with a 14-percent increase since 2006, the year the last execution took place in California. Executions are the third cause of death on Death Row in California, with natural causes taking first place, and suicide in second place.

In March of 2019, newly appointed Governor Gavin Newsom declared a moratorium on further executions and the Death Penalty. There are 737 (or 747, depending on the source) inmates on Death Row, with 22 of these being women. San Quentin State Prison is the site where executions take place for those condemned to death.

It is possible that during this time of Governor Newsom’s moratorium, that cases could be reviewed based on new evidence of DNA testing to determine if some current older inmates may, in fact, have been wrongfully convicted of rape and murder. Governor Newsom plans to keep the moratorium in place throughout his time in office.

The Death Penalty remains in a state of flux through many states in the country, particularly where there have been cases overturned when a defendant is found innocent of his crime. Before the advent of DNA testing of evidence, there have been numerous cases recorded across the country where those executed, have later been found to have been innocent, due to DNA tests.