The Role of the Criminal Defense Attorney in California Courts: An Overview The United States Constitution and the 14th Amendment

The role of the criminal defense attorney, no matter the gender, race, or religious affiliation of that attorney, is to view the defendant as innocent when the defendant hires that attorney. The 14th Amendment of the United States Constitution, states the following in Section 1: 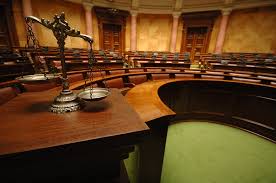 In criminal cases that are covered extensively in the news, and in social media as well, public opinion can quickly turn against a defendant, simply because the defendant is accused of a heinous crime, such as murder, rape, aggravated assault of another, and more. Without knowing more about hidden details in a case, public judgment can be quick to condemn the defendant. Criminal defense attorneys are also subjected to public perception, which is evident when they are often asked: “how can you defend such a horrible person?”

Turn the view upon yourself as being someone who was wrongly accused of brutally assaulting a woman and then raping her. You may not have been anywhere near the woman, but she mistakes you for the one who did do the crime. You look like the perpetrator, but you do not have an alibi for where you were that night. The police picked you up several blocks away from the event, because of the description she gave. In fact, you were doing your regular evening jogging session down the road.

Remember that in any criminal case, the prosecution must show irrefutable proof that it was you. There should be evidence of DNA, your skin cells under her fingernails, and more. Did you have any similar scratches on you likely made by her nails?

If there is no such evidence, it is unlikely you will be convicted when there is no irrefutable proof. You will be glad for your criminal defense attorney and the 14th amendment of the Constitution. Both have done their job for the people.

Women as criminal defense attorneys in California have shown in the last few decades, that they are as equal to the task of defending their clients as any male criminal defense attorney during trials. It is all about the presentation, the many ways of conducting cross-examinations, and being as aggressive as needed when a lie by a witness is uncovered.

As some California female attorneys have mentioned in published news interviews, it is not about the clothes, but the presentation story told on behalf of the defendant and breaking down the story told by the prosecution and witnesses called against the defendant. By the end of the trial, juror, judges, and spectators should not care whether it is a man or woman making the defense, but how well and effectively it was done.

Vanessa A. Albert, the third attorney connected with the Law Offices of Kerry L. Armstrong, APLC, already has make her mark in San Diego as a community defender, and has tried hundreds of cases in misdemeanors, DUIs, felony drug cases, crimes of violence and sex offenses, attempted murder, and murder cases. Ms. Albert is licensed to practice in all California state courts, the U.S. District Court, and the Southern District of California. You can find out more about Ms. Albert and her impressive history on her page here.

If you have been accused or charged with a criminal offense, call us at once for a consultation. 619-234-2300