What is “Under Duress” When Applied to a Crime Committed in California?

The term “Under Duress” is used by a defendant who claims that the only reason for committing that crime was because of threats made to the defendant by a third party. The third party, in this case, would be someone, or a group, that threatens to kill a defendant or members of the defendant’s family. CalCrim No. 3402 concerns jury instructions given when determining if a defendant was “under duress” while in the commission of a crime.

The Scenario: The White Hat Hacker

James Grandozi (not his real name) was a white hacker who specialized in assisting businesses with hacking services committed on the organization’s security infrastructure. His job was to figure out how to hack into the system and run various tests on the weaknesses of the infrastructure. The hacker reports back to the business on what needs to be done to solidify the security of the system.

This White Hat position offers an ethical method of helping a business to secure sensitive data infrastructures from Black Hat hackers who try to bring down an organization by inserting viruses and malware into the systems. White Hat hackers do not associate with Black Hat hackers but may identify the work that a Black Hat hacker has created inside of a compromised system. 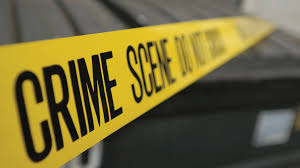 James was sitting at lunch at an outside café one day when a man sat down at the same table and told James that he was to insert a virus into the bank’s system where James was working for that week. If he did not insert the virus, then his wife and seven-year-old daughter would be taken away to an unknown location and killed. He was also advised to not go to the police.

James accepted a USB thumb drive from the man and put it in his pocket for later use. After the man left, he checked the time on his watch and made sure he remembered the name of the restaurant where he was eating lunch. He looked around to see if anyone had been watching him, but no one was paying any attention to him.

When he got inside and went back to work, he inserted the virus into the system which immediately began to attack one section of the system. At the same time, James sent a coded message through a second phone that he always carried but never had to use, until now.

The code sent on that phone notified a handler that he was compromised and in the commission of a crime. This would also trigger undercover agents to begin surveillance on his home. Meanwhile, the bank began noticing immediately that there was something wrong in the system, especially as money was being transferred out of several bank accounts without correct verification processes.

James was detained at the bank and taken to a station, where he was met by his handler and a defense attorney. He explained that he had been under duress to commit the crime and told his handler to go get any CCTV footage at the restaurant that might back up his claim of meeting that man at that specific time.

While James might have been charged with the crime of distributing a denial of service attack (DDoS), it was later shown that he was “under duress” and not responsible for what he had to do. He had also contacted his handler to let him know what was happening. The charges were later dropped.

The man at the restaurant was identified by CCTV recordings and later arrested on charges of DDoS and sentenced to 26 months after confessing to the crime. James also determined who the real Black Hat hacker was, based on the written structure of the virus code, which the man verified.