At the end of April 2019, a case was published from the California courts concerning an inmate, who was nearing the end of his time in prison. During his time in prison, Derrick Morrison had been potentially identified as a sexually violent predator (SVP) and had even declared during his prison time that he would rape again, due to ‘uncontrollable’ urges if released into the general population. California Welfare and Institutions Code § 6600, Article 4, and subsequent sections cover the laws on SVPs.

Identifying an SVP Before Parole

Morrison had also made ‘threatening sexualized behavior’ toward female prison medical professionals during his prison time. This information had been included in his file for the upcoming parole reviews.

After an evaluation by the California Board of Parole Hearings (BPH), which started around six months before Morrison would be released, the BPH determined that Morrison would be a danger to the public if released. His case was then referred to the California Department of Mental Health’s (DMH) Sex Offender Commitment Program Evaluation Unit for evaluation and possible screening, as per standard procedures. 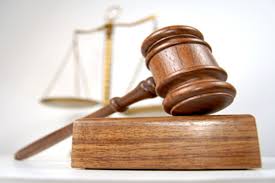 While many convicted of sexual offenses will go to prison, only a few in this population receive a designation as an SVP and are involuntarily committed to a mental health facility for treatment and permanent sequestering from the general population. It does take a very thorough legal and medical review of a case before a final designation of SVP is laid on a prisoner.

Making the Assessment Through Professional Evaluation

Once Morrison was identified as an SVP by the DMH and, as required by law, two psychologists were hired by the state to conduct the evaluation for a final determination. However, one doctor said Morrison fit the criteria as an SVP, while the other did not. As it must take two similar positive evaluations to make a legal petition to the court for involuntary commitment to a mental institution, another two independent psychologists were hired to conduct a second evaluation, resulting in the same split decision.

After further investigation by a peer reviewer of both sets of responses and background materials, it was uncovered that of the first two psychologists in the assessment team, the one who did not agree to the SVP determination, in fact, had not completely reviewed (or seen) the file containing additional information about Morrison’s prison time behavior. After seeing the information, the psychologist changed her negative determination to a positive determination as an SVP. The first two reviews (one now changed to positive) were then certified.

[While not mentioned in any reports, it is curious to note that both psychologists who initially gave a negative response, were female, potentially suggesting that Morrison could have changed his response approach to fool the two female doctors into thinking he was innocent.]

The District Attorney of Los Angeles County received the findings and filed a civil commitment petition against Morrison, but the petition was dismissed (and unsigned). An appeal was filed which led to a reversal of the first court’s dismissal, stating that as three of the four professional evaluators did designate Morrison as an SVP, the case should be submitted to a jury. In conclusion, the initial “dismissal was unwarranted.” The complete public filing can be found at the California government’s website here.